Wearing light-colored clothing simply makes it easier to see ticks. Tucking pant legs into socks and wearing a long-sleeved shirt tucked into pants forces ticks to crawl on the outside of clothing where they can be more easily seen and removed. Visually check your outer clothing frequently while you are outdoors. If you spend a lot of time in tick-infested areas, duct tape or lint rollers can be quite useful in removing ticks from clothing.

In addition to wearing appropriate clothing in tick-infested areas, protection can be increased by the proper use of repellents. Read product labeling carefully before use. Personal repellents, particularly those containing the active ingredient N,N-diethylmeta-tolumide, including Off, Cutters, Muskol, etc. (DEET) may be applied to skin or clothing. Permethrin-based repellents have proven very effective, but should only be applied to clothing. Apply to clothing until damp and allow to dry thoroughly. A single treatment with a permethrin-based repellent will remain effective for many days. Individuals who have frequent occupational or recreational exposure to ticks should consider wearing a dedicated pair of permethrin-treated coveralls or similar clothing each time they enter tick habitat.

Blacklegged ticks find hosts by waiting on vegetation along trails where potential hosts, including people, tend to travel. Avoid brushing against vegetation in tick-infested areas. Walk down the center of a trail if possible. If you do brush against vegetation, check your clothing immediately.

Inspect Yourself After Being Outdoors

After leaving tick habitat or certainly at the end of every day, you should examine yourself for ticks and properly remove them. Recent studies have shown that blacklegged ticks must be attached and feeding for at least 24 hours before Lyme disease spirochetes can be transmitted and the risk of transmission increases proportionally over time. However, since other tick-borne pathogens may be transmitted earlier in the feeding process, more frequent inspections are recommended. Showering is a good way to rid the body of unattached ticks. Remove attached ticks with tweezers. (See Finding and Removing Ticks)

People often encounter ticks on their pets. A thorough going over with a flea comb is an effective method of removing unattached ticks. Rolling a masking tape lint roller over the head and body of small cats or small, short-haired dogs also collects unattached ticks. Inspect pets for attached ticks daily during peak tick periods. Look carefully in the head and neck areas as well as between the toes. (For more information, see Tick-borne Disease and Pets) 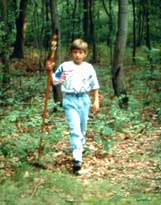 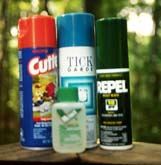